We were fortunate to have Randy’s two sisters visit us in Albania the second week in September. Carol lives in Oklahoma City and Ellen lives in Springfield, Missouri. They spent a few days in Rome before heading our direction. We are grateful that they took the time and money to come visit for a week! 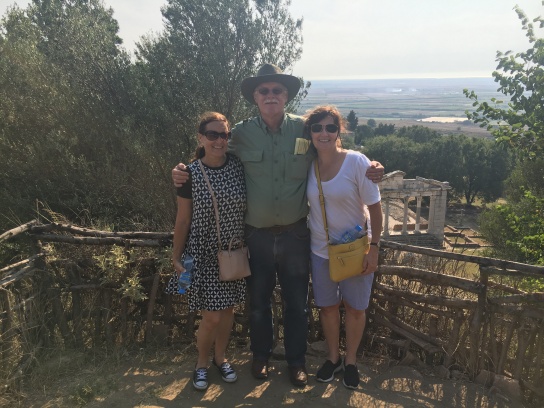 We picked Ellen and Carol up from the airport on a Friday and headed straight for Apollina, a two hour drive south. I have written about Apollina a couple of other times on my blog when we have taken other visitors there. Just as a refresher, Apollina is an ancient Greek city dating back to 600BC. Julius Caesar declared Apollina a “free city” as a reward for supporting him in a civil war that was fought with Pompey. Julius Caesar’s nephew, Octavius (also known as Caesar Augustus) studied in Apollina in the 1st century BC. 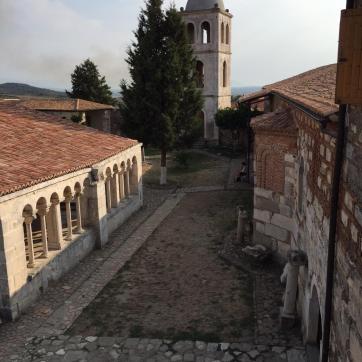 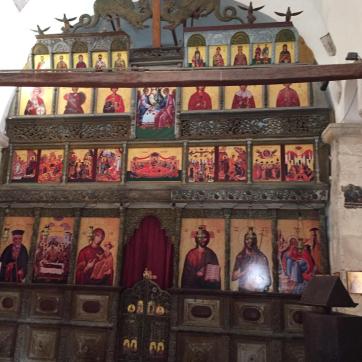 After we finished in Apollina, we drove another hour to Berat. Once again we stayed at Guesthouse Kris. The charm, comfort, delicious breakfast, welcoming host and price has brought us back here several times. Guesthouse Kris is located within the castle walls of Berat Castle which adds to the ambience of the whole experience. 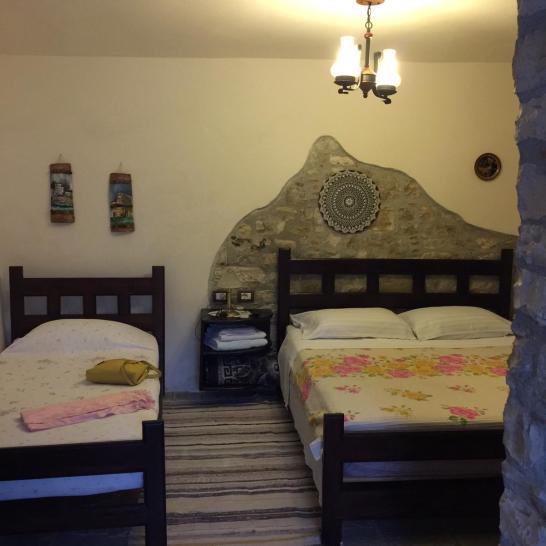 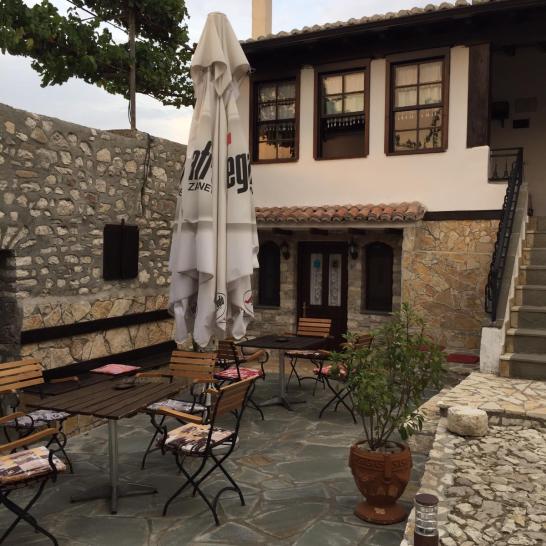 Taking a tour of the Berat Castle grounds.

That evening we left the castle grounds and went down into the town of Berat for dinner. Berat is known for the 1,000 Windows which is shown here. Thanks for sharing this great picture with me, Carol! 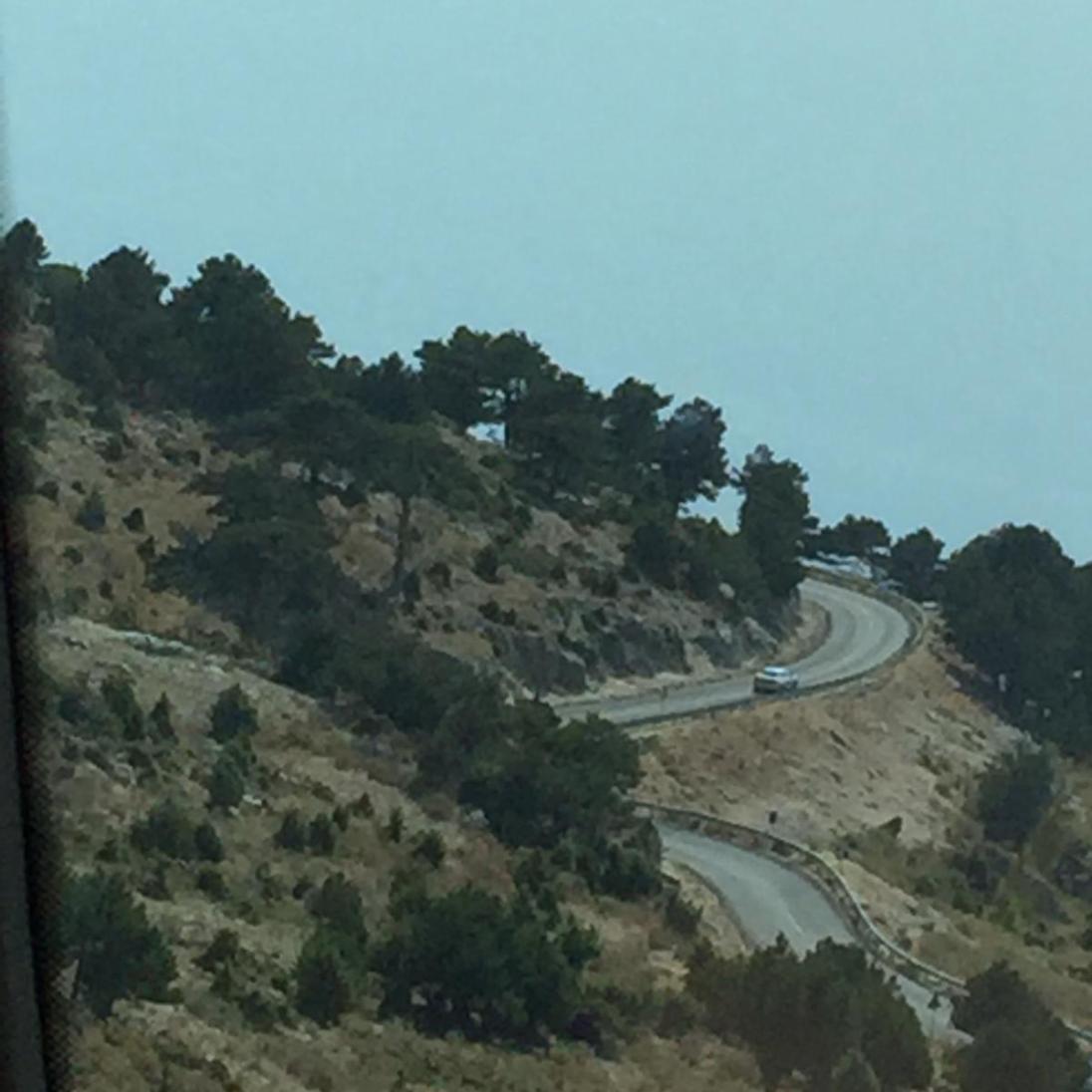 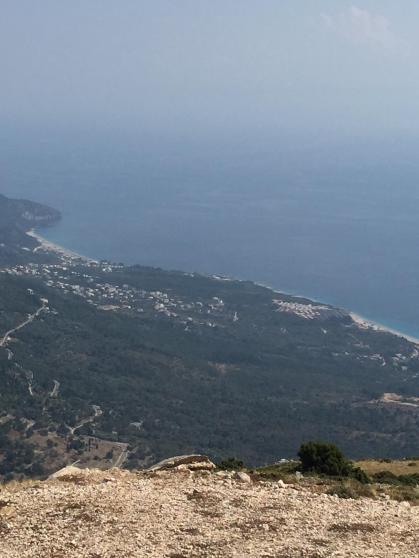 The next morning we drove along the Albanian Rivera towards Himarë.

Here we have stopped in Vlora at Proper Pizza for lunch. Yum! 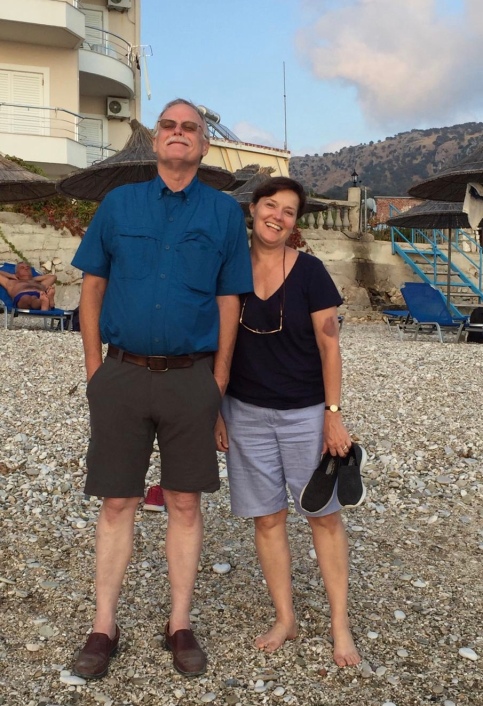 The big brother and the little sister with our Himarë hotel in the background. 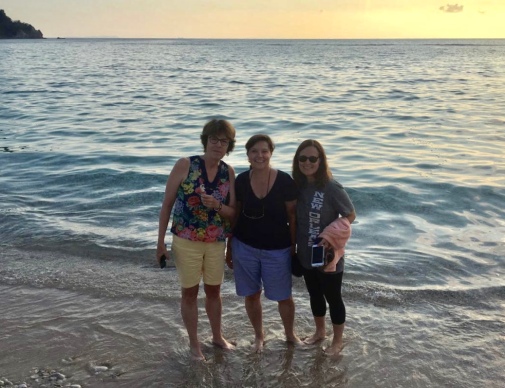 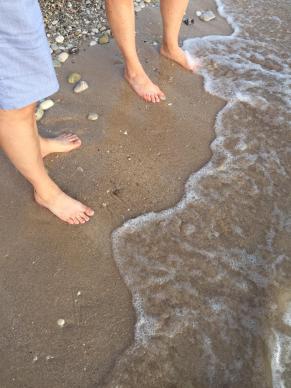 Putting our feet into the Ionian Sea. 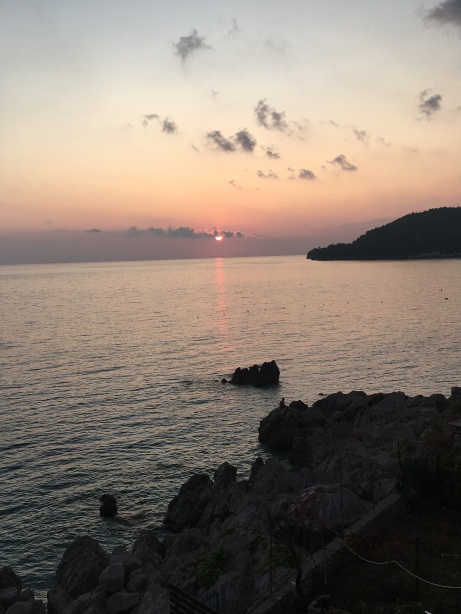 Sitting on our hotel balcony enjoying a gorgeous sunset. 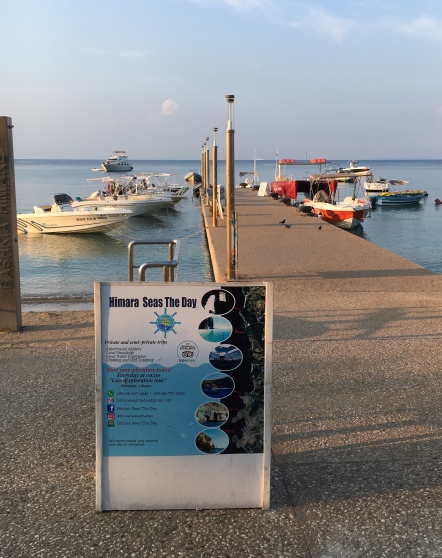 Before we left Himarë we made arrangements to take a two hour boat tour along the coast ending at Pirate’s Cave.

Waiting for the boat captain so we can get started on our tour. 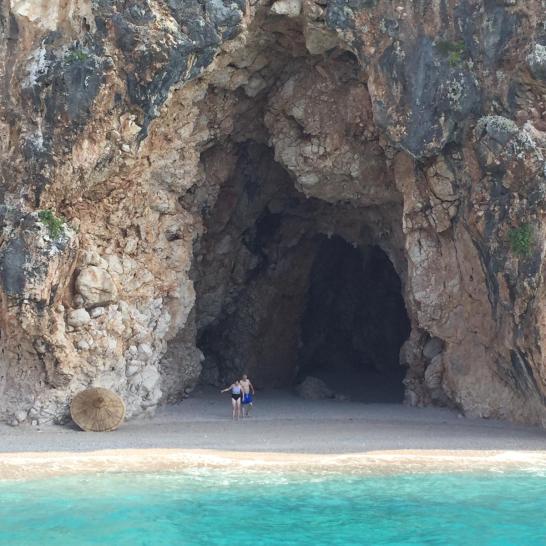 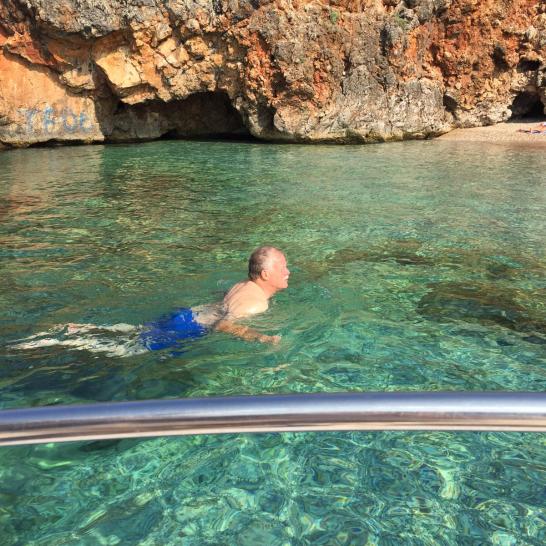 We visited a few isolated beaches where we were the only swimmers. It was amazing and magical! Every time I think I know a lot about what Albania has to offer, another opportunity presents itself. We loved this experience! 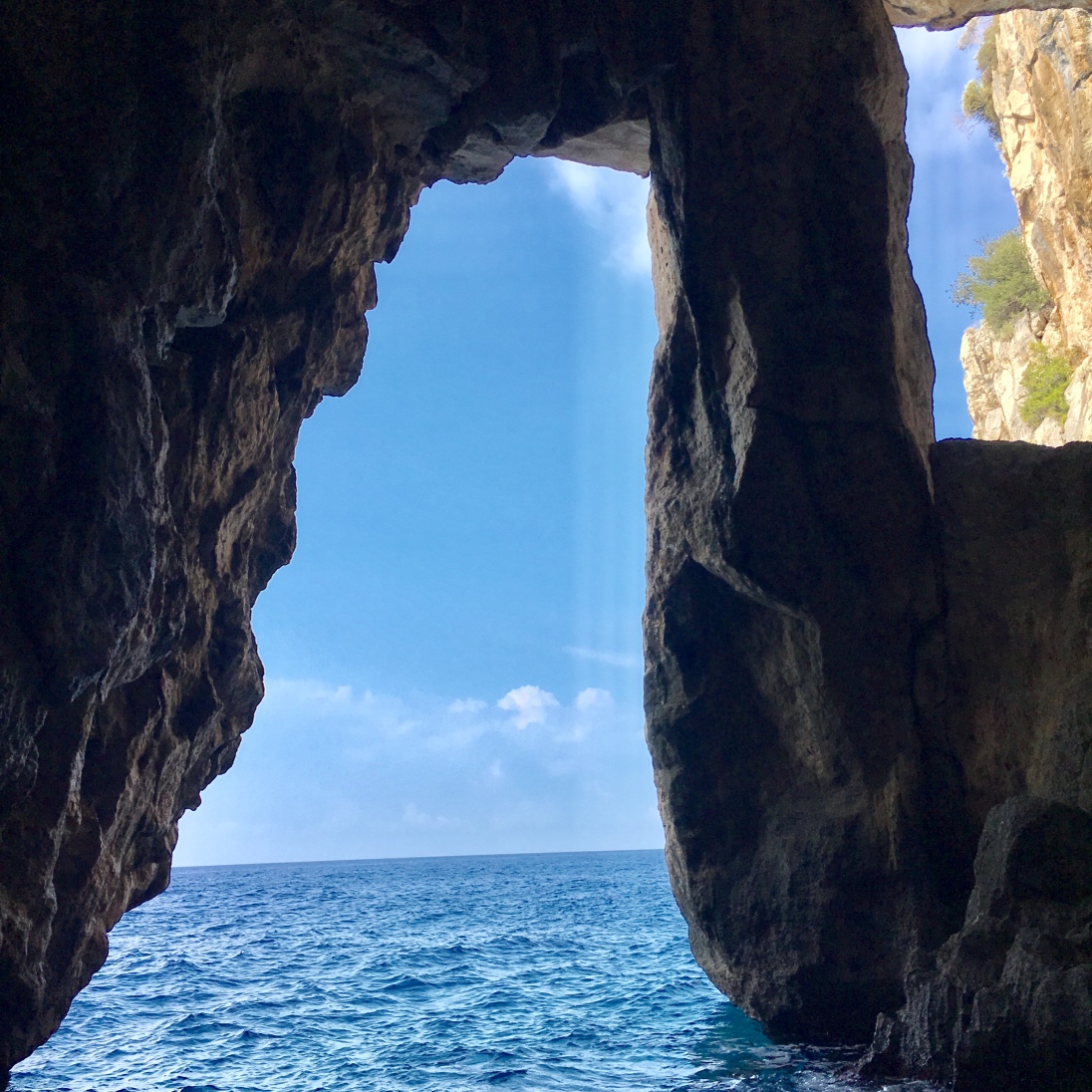 Our final stop was Pirate’s Cave where the boat actually went into a cave and we took these pictures. 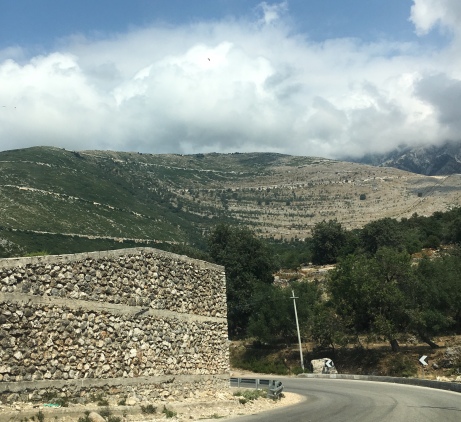 We are now driving back to Tirana along more curving, twisting roads. Can you see the road up on the mountain as it zigzags back and forth?

As we drove along we watched a paraglider float along beside us, very cool! 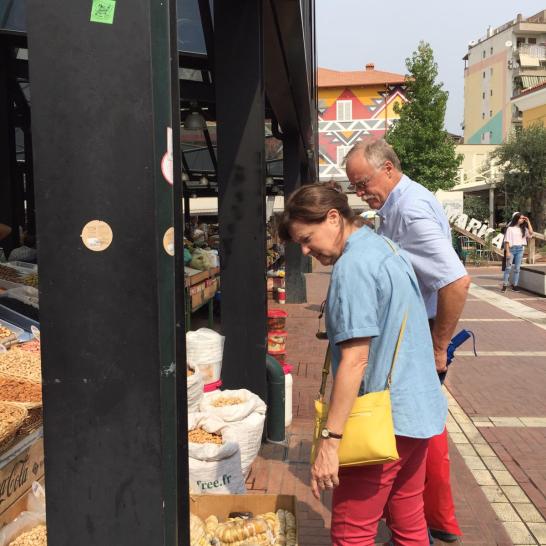 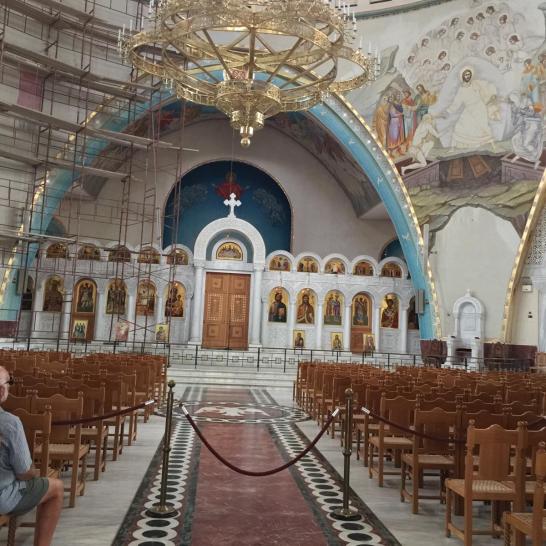 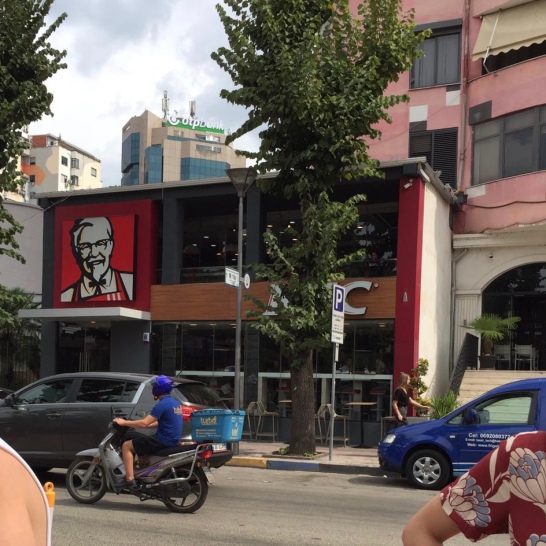 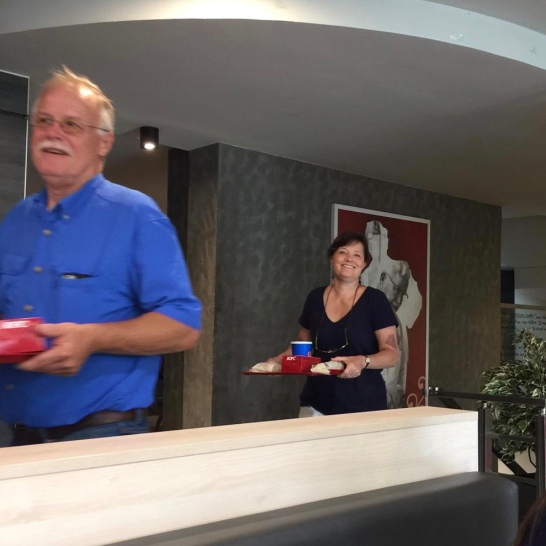 …followed by lunch at Kentucky Fried Chicken. KFC came to Albania about a year ago. Last spring Burger King also came to Albania. There are a limited number of international businesses willing to open stores in Albania because they have a hard time getting clear title. When communism fell almost 30 years ago it caused up to three different groups of people to claim the same piece of land:

The government is still working to figure out what land belongs to which people. So when an international company wants to build their business on a piece of land it is very difficult to get clear title so they are hesitant to build. 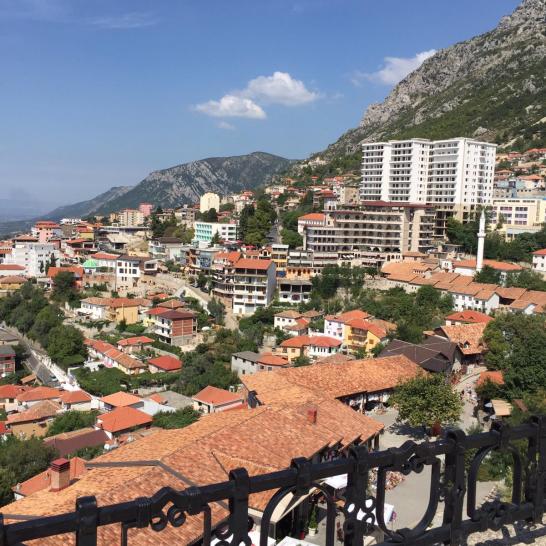 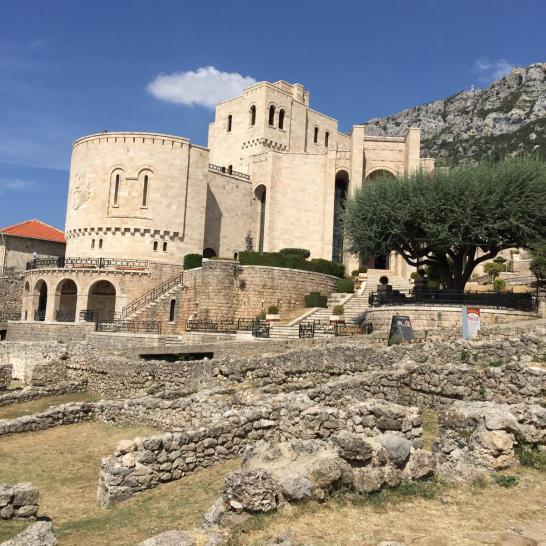 Randy is becoming very well versed on Kruje because he has taken so many of our family and friends there. 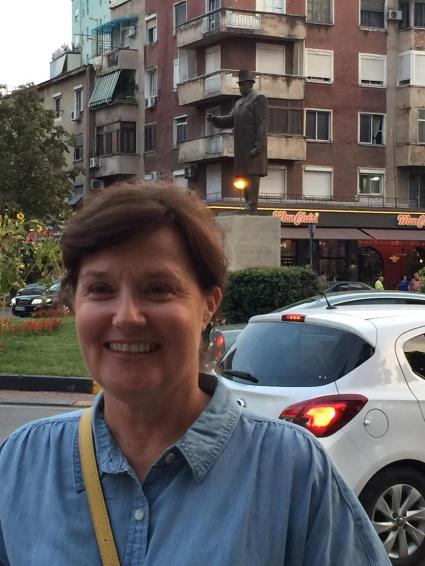 We took this picture of Ellen Wilson standing at Wilson Square in Tirana (no relation). You can see a statue of Woodrow Wilson in the background. Wilson (and the United States) are well loved in Albania because after World War I, President Wilson said the borders of Albania would stay the same even though Greece, Yugoslavia and Italy wanted to break Albania into parts and keep the land for themselves. There are a few schools named after Wilson plus it is not uncommon for people to name their sons Wilson. 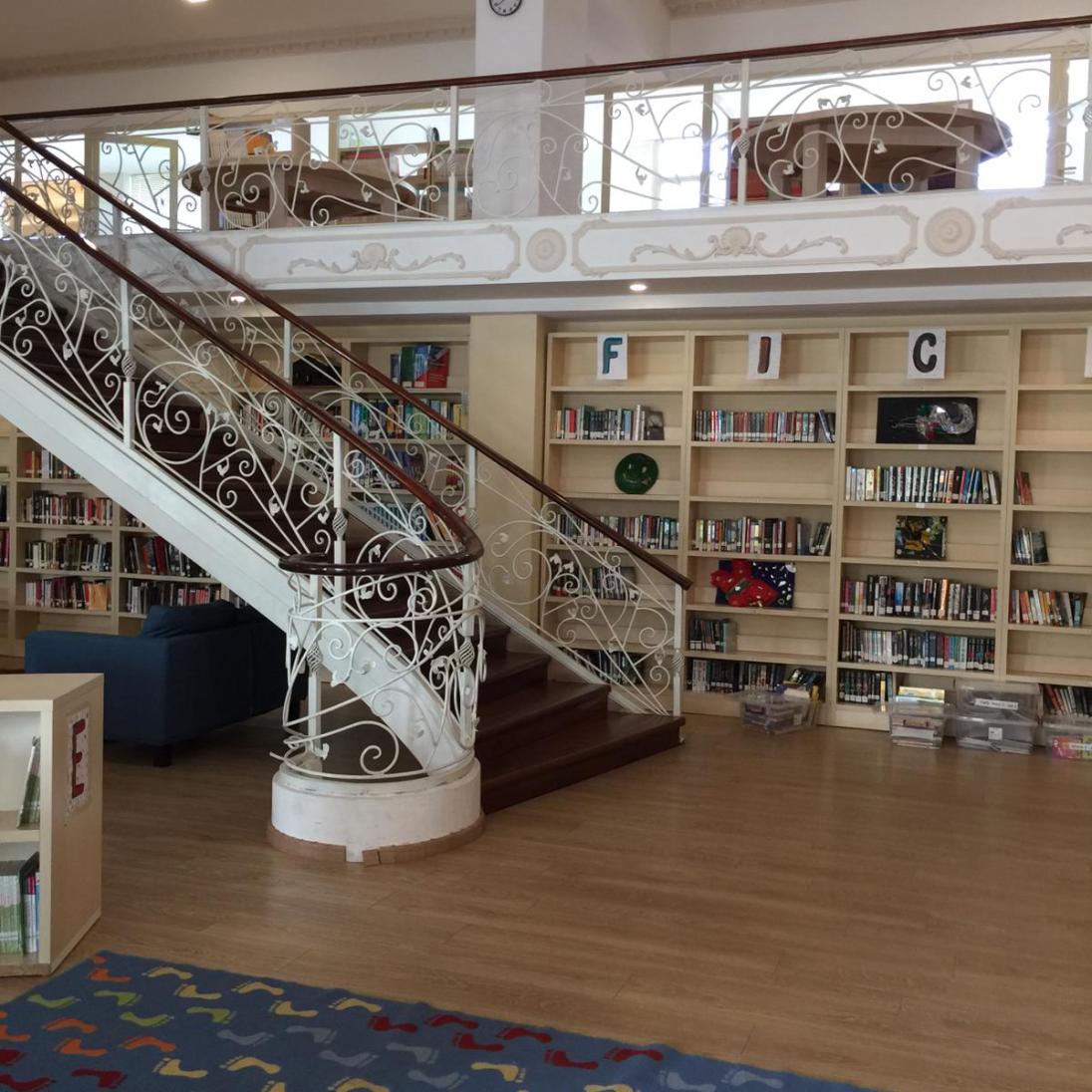 Of course a visit to Tirana would not be complete without coming to visit Albanian College. 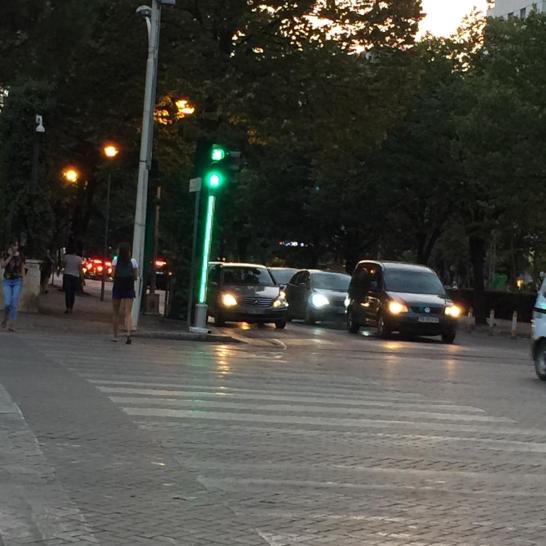 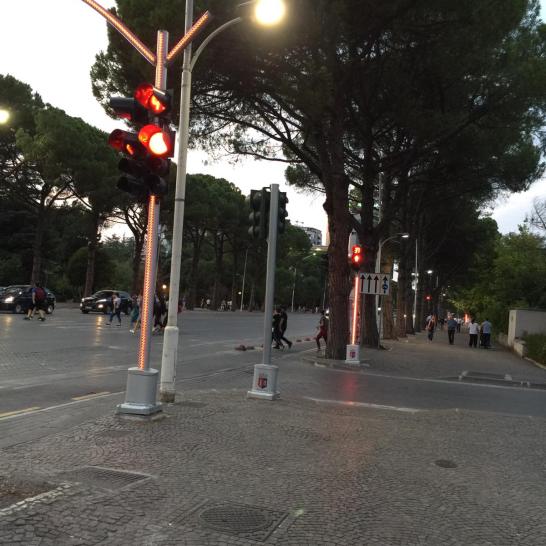 Carol and Ellen (and me too) were intrigued by the traffic lights that lit up all the way down the light pole. These are not common throughout Albania but do show up on a few streets.

Thanks again to Carol and Ellen for making the effort to get over to visit us. We loved hosting you!

No more traveling until October when we have a week off of school. Our good friends, Sarah and Marty, are coming to visit at that time. We will be headed to northern Albania, Montenegro and Croatia. Looking forward to it!

As always, thanks for reading my blog!

3 thoughts on “A Visit from Randy’s Sisters”