When our kids were younger and lived at home we spent many summers hosting kids ages 10-14 through the Irish Children’s Program of Rochester. The Irish kids were from Belfast and would come to visit for 5-6 weeks. The program was timed so the children would not be in Belfast during the Troubles (conflict between the Catholics and Protestants) which always escalated in July. The first young woman we hosted was Lee-Ann who stayed with us when she was 13 and then returned to us for two more summers when she was 16 and 17. Later we hosted Daniel starting when he was 11 years old and then again when he was 12 and another time when he was 16. They were wonderful kids or we would not have continued to invite them back summer after summer. We have been fortunate to continue to keep in contact with them. Both Lee-Ann and Daniel returned to the States for Elizabeth and Ben’s wedding in 2007. Lee-Ann was one of Elizabeth’s bridesmaids. When Randy and I were planning our trip back to the US from Albania we decided to stop in Belfast for a few nights so we could reconnect with Lee-Ann and Daniel.

Daniel’s mother, Jayne took us out for dinner the first night we were in Belfast. 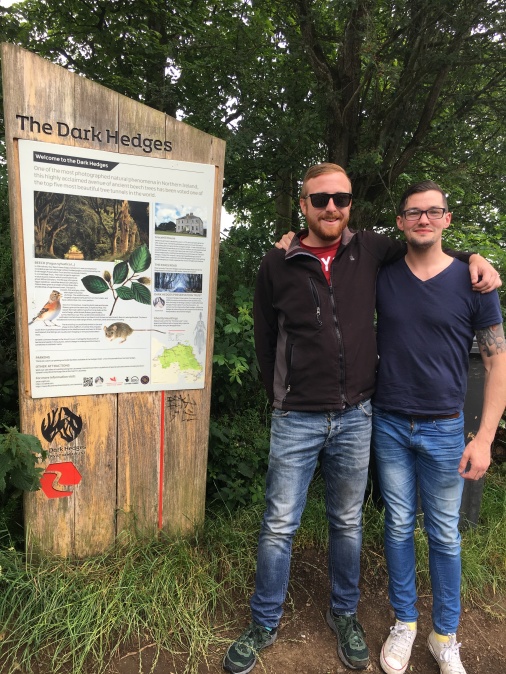 The next day we headed to the northern coast of Northern Ireland and on the way stopped where a scene from “Game of Thrones” was filmed. This tunnel of beech trees is called Dark Hedges. 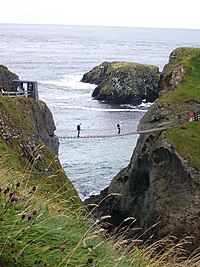 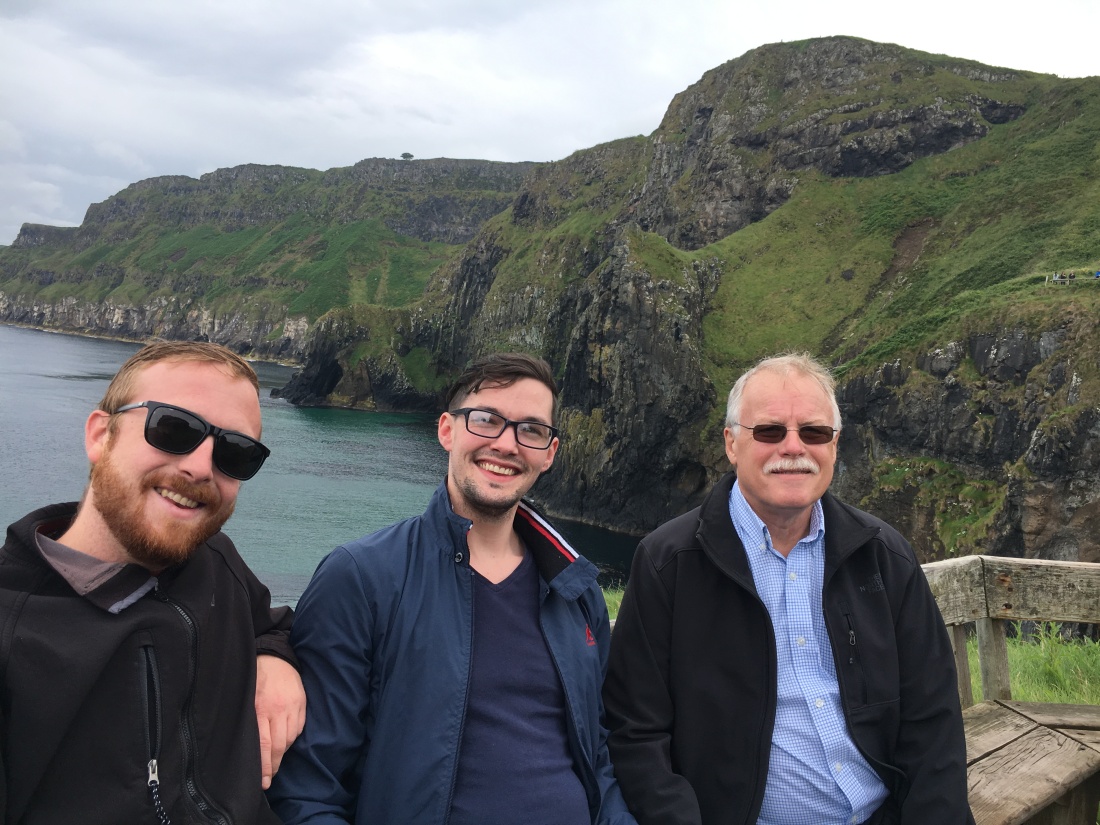 Daniel was so kind to take time off work and drive us all over to see the sights. We are at the Carrick-a-Rede Bridge which was originally built 350 years ago for salmon fishermen to get from island to island. 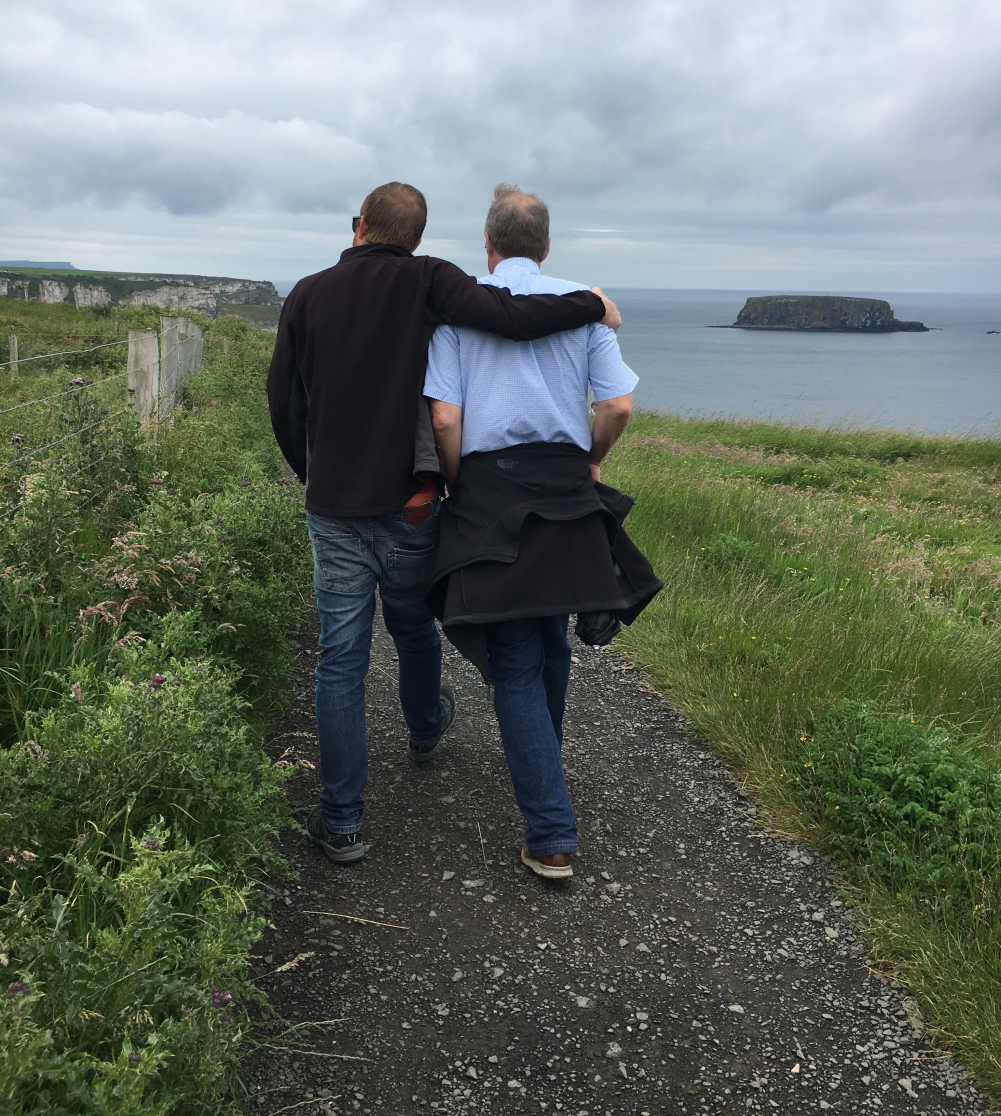 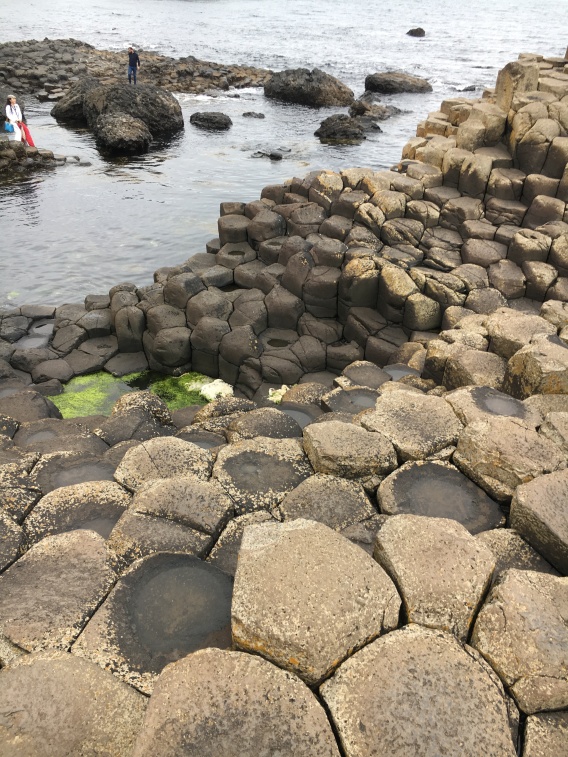 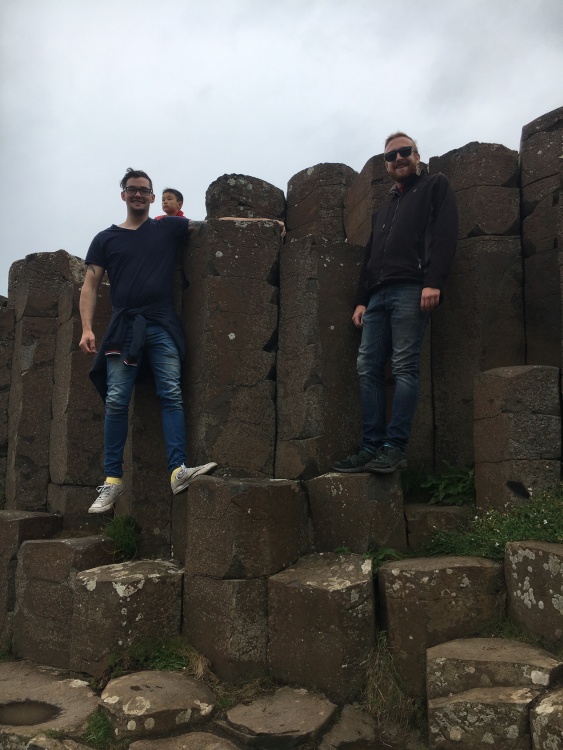 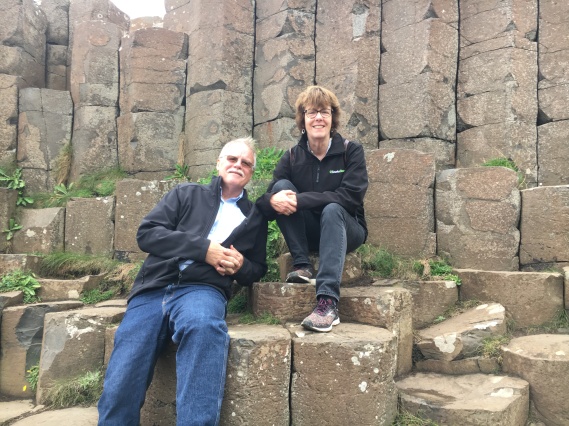 The next stop was the Giant’s Causeway which is a group of 40,000, mostly hexagonal, columns that were the result of an ancient volcanic eruption. This is such an unusual UNESCO World Heritage sight. We really enjoyed it.

That night Daniel took us to listen to some live Irish music which we loved!!! 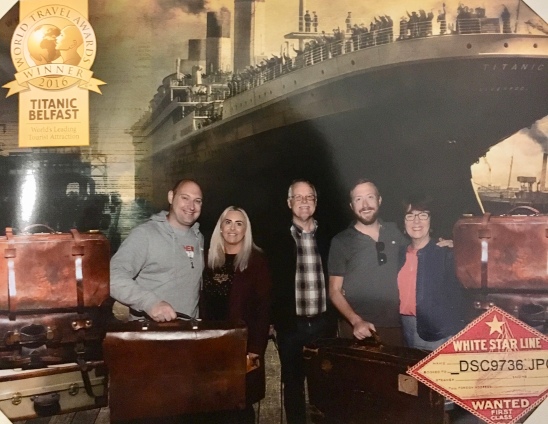 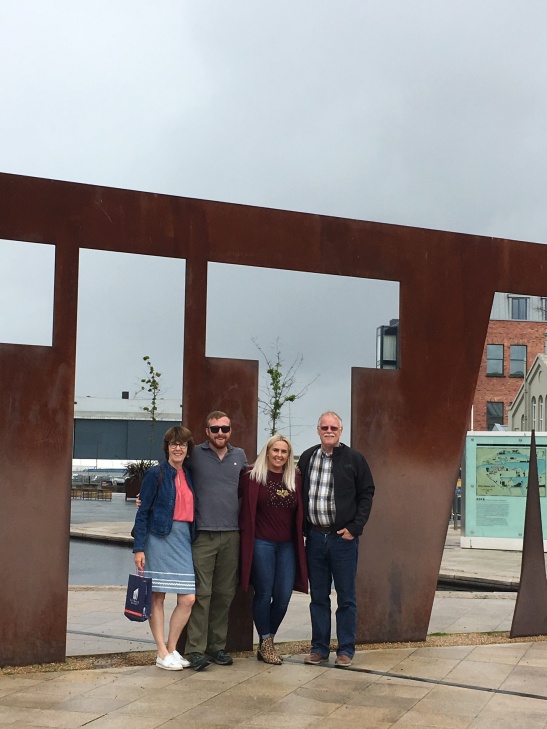 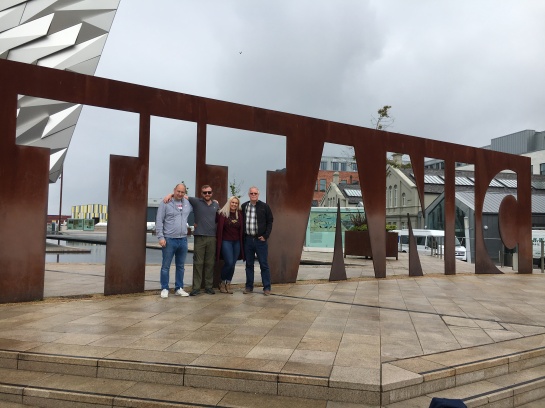 The following day Lee-Ann and her long time partner, Alan, took us to visit the Titanic Museum. We really enjoyed this well done museum. Not only did it give us lots of information about the Titanic but it also helped us to understand some of the history of Belfast.

That evening we went to dinner with Lee-Ann, Alan, their two teenage sons and Lee-Ann’s mom. Lee-Ann’s aunt and uncle were visiting from Liverpool so they also joined us. It was good to meet many of Lee-Ann’s family after all these years. 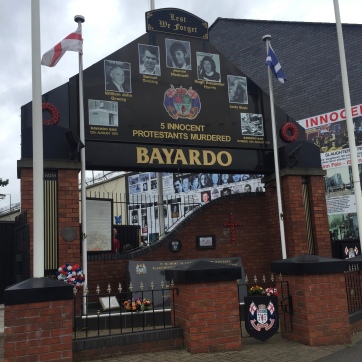 Outside of Lee-Ann’s house with her son, Jay.

Later that day we met Mark, a former Irish Children’s Program chaperone for lunch and then ice cream. The little girl in the picture is Daniel’s daughter, Naomi. She is a darling six year old who we enjoyed getting to know. Mark’s son, Micah, also was able to join us. So great meeting everyone’s kids!

On our last night in Belfast, Daniel’s granda took us for a lovely dinner. Daniel’s brother, Anthony also joined us.

We believe we have lifelong friends in Daniel and Lee-Ann. We loved hosting them so many years ago and are so proud of the adults they have become.

After our four day stay in Belfast, we flew to the States and are here for a three week visit before heading back to Albania so I can teach for another year.

2 thoughts on “Reconnecting in Belfast”